08:19
Maison Dog, the specialists in Canine Antiques and Collectibles are proud to present,
"Fifty Shades Of Grey-Hound"
Come and marvel at our collection of Antique Dog Collars, impressive enough to decorate any 'Red Room'
Our collars have been admired and gasped over and tweeted and re tweeted. They are objects of beauty and make for beautiful decorative pieces in any interior. They can also be worn, and look amazing as fashion accessories in any photoshoot. 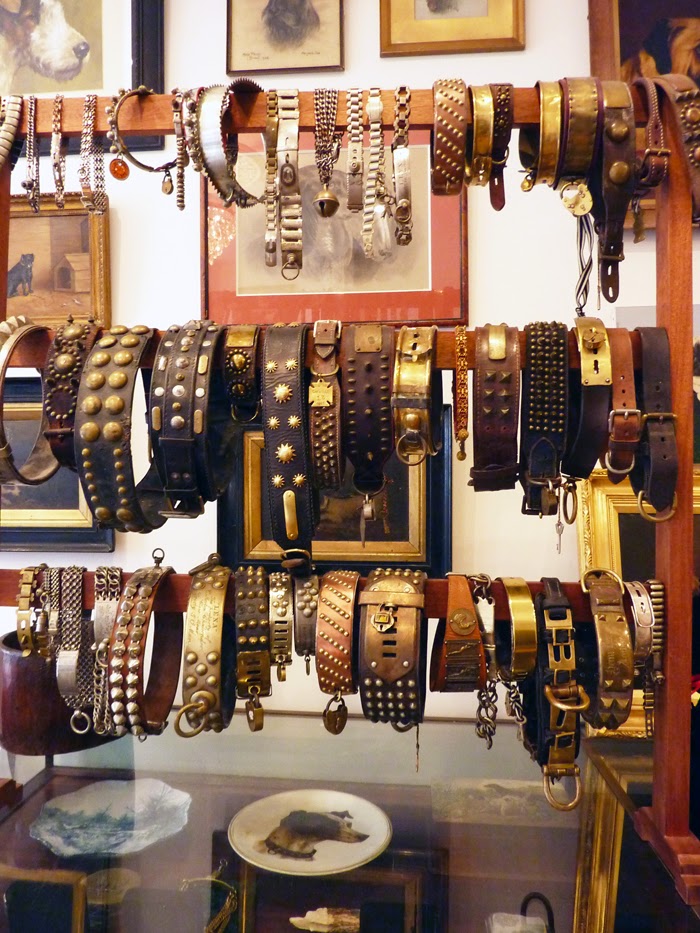 We also have an impressive collection of Greyhound inspired pieces, from cufflink boxes and paintings, to enamels and gold jewellery, clocks and umbrellas..

Greyhound-type dogs are the oldest recorded in history. The breed originated some 8000 years ago in the ancient civilizations of the Middle East where hunting dogs with deep chests, delicate heads, and long legs were found depicted on the walls of early cave dwellings. They have been the subjects of art and literature ever since.
The Greyhound in Art and Literature
The Greyhound is the only breed of dog mentioned in the Bible (Proverbs 30: 29-31).
The first dog mentioned in literature, in 800 B.C., was the Greyhound in Homer’s Odyssey.
In both Greek and Roman mythology, gods and goddesses were often portrayed with Greyhounds.
In the 14th century, in Chaucer’s The Canterbury Tales, the Greyhound was the first breed to be written about in English.
Shakespeare mentioned Greyhounds in Henry V.
During the Renaissance, the most famous artists of the era – Veronese, Pisanello, and Uccello – captured the elegant lines of the Greyhound in art. 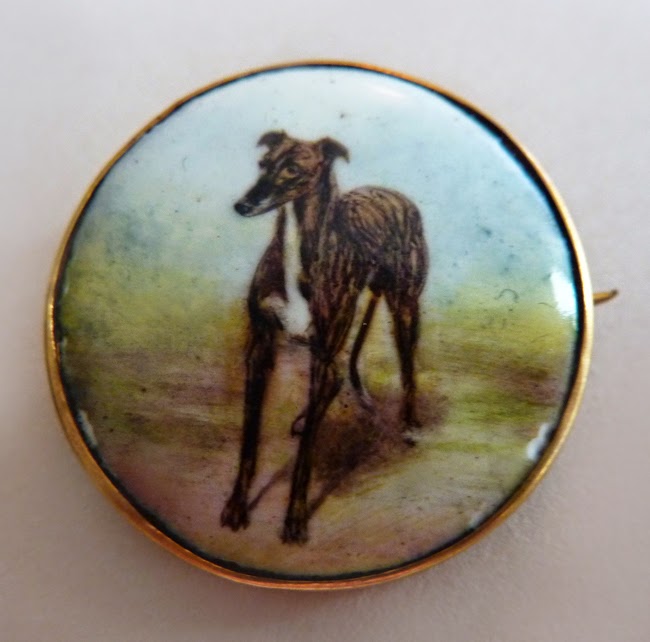 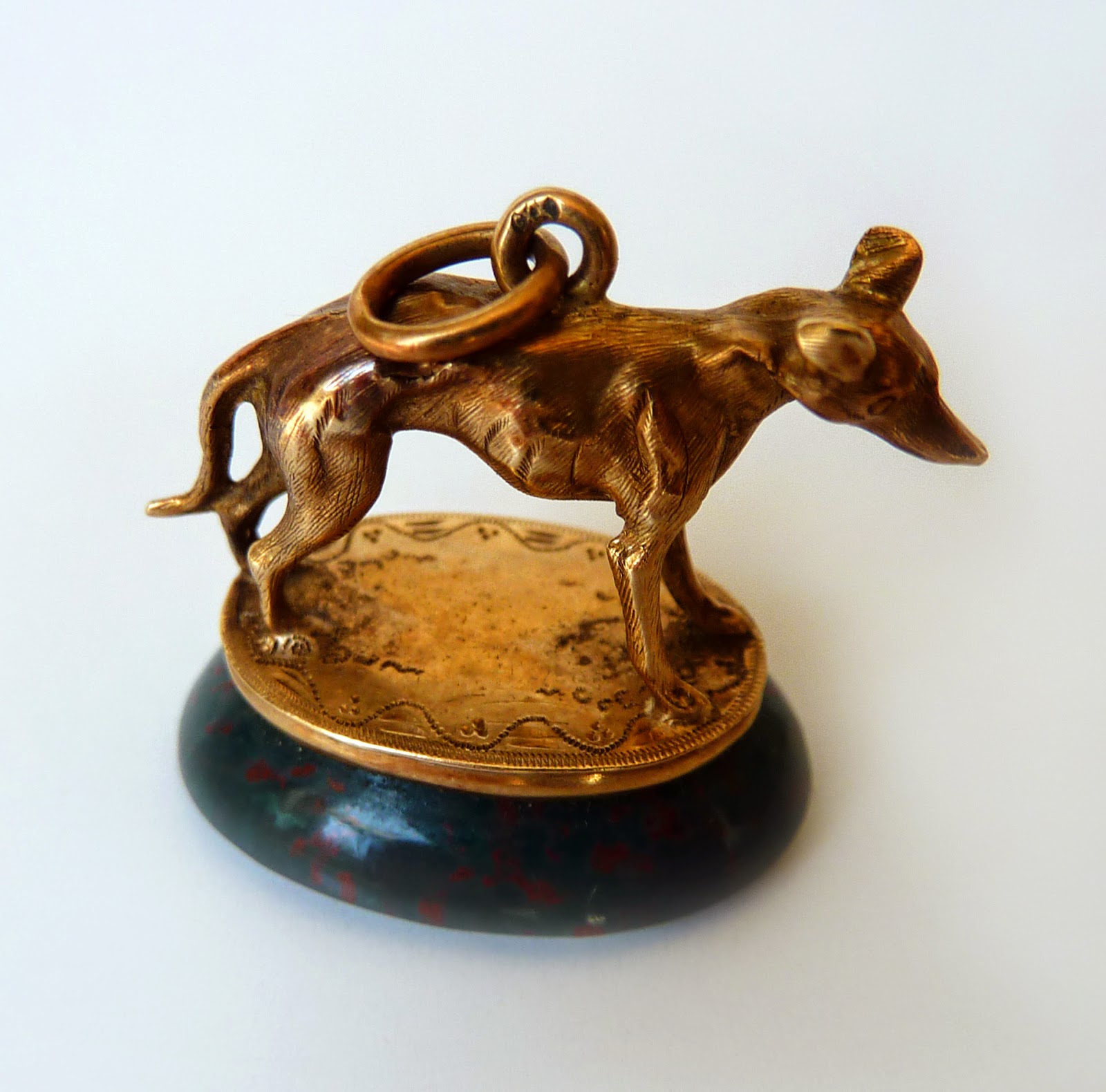 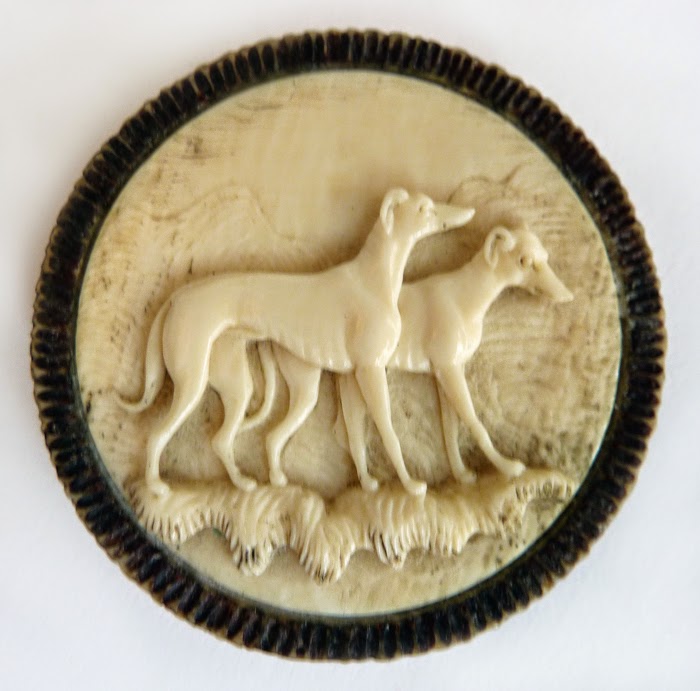 greyhound box made from deer antler