Steiff is a German-based plush toy company known for its high quality. It was begun in 1880 by Margarete Steiff, who was later assisted by her brother Fritz.
The toys began as elephants, and were originally a design Steiff found in a magazine and sold as pincushions to her friends. However, children began playing with them, and in the years following she went on to design many other successful animal-themed toys for children, such as dogs, cats and pigs. She designed and made most of the prototypes herself.
The Steiff's nephew Richard joined in 1897 and gave the company an enormous boost in popularity by creating the teddy bear in 1902. In 1907, Steiff manufactured 974,000 bears, and has been increasing its output ever since.
The Steiff company motto, as styled by Margarete Steiff, is "Only the best is good enough for children". Steiff products are subject to meticulous testing and inspection. They are required to be highly flame resistant and, among other things, smaller pieces such as eyes must be able to resist considerable tension, wear and tear, etc.
The most common materials used in Steiff toys are alpaca, felt, mohair, and woven plush. Eyes are generally made of wood or glass, and the stuffing is commonly wood shavings or polyester fibers. A large amount of the work is done by hand, from design sketches to airbrushed paint. The final touch on any Steiff toy is the trademark "button in ear" (assuming the animal has one; in any case they'll find a spot for it).
The famed "button in ear" was devised by Margarete's nephew Franz in 1904, to keep counterfeits from being passed off as authentic Steiff toys. It is metal and originally had the symbol of an elephant, later replaced by the name "Steiff". The button is still used to distinguish Steiff toys from fakes.Some special toys have both the elephant and the name. (source wikipedia)
Email This BlogThis! Share to Twitter Share to Facebook

Here you can see two of my Hunting Hare Whiphooks together. See how similar they are, and yet so different.  The facial expression, the sleeve cuffs, the paws. These two are most probably made of walnut circa 1880.
The best carvers would have workshops with a team of the best craftsmen following set designs from catalogues, but they would all have slight style differences. This way you can tell you have bought an original, that and the way the wood has been handled on the surface, with a build up of dirt in the deeper grooves. 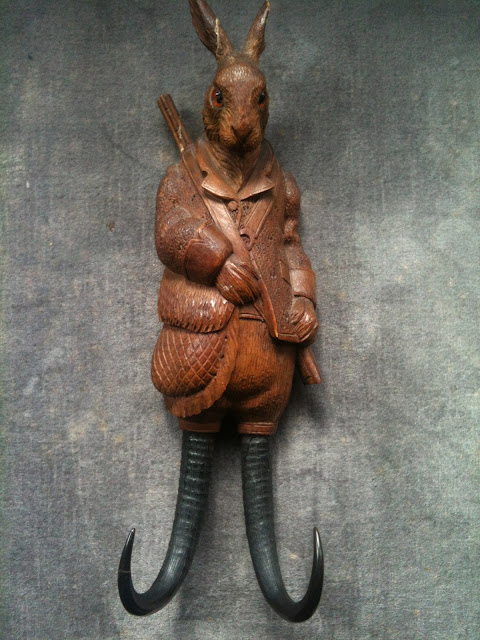 This is my lovely Bunny. Sadly she is a bit damaged - but still beautiful none the less. I have a mad passion for whip hooks, and own a few now. The rabbits are my favourites. I tell myself they are dog related in that these gorgeous objects are a great place to hang your dog's lead...

A bit about Whip Hooks
In the Sixteenth Century German Artisans used wood and horns together to make Leuchterweibchen - carved and painted figures with horns as their tails, see fig 1. 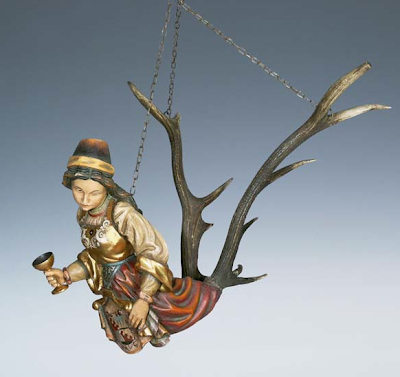 They were used for Chandeliers and decorations. The earliest Whip Hooks took this form, see fig 2. 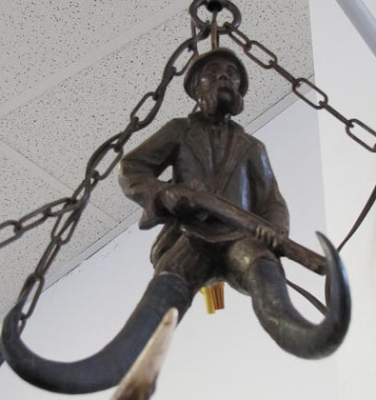 Although the most common and popular Whip hooks are the late Victorian ones that take the form of animals.
These Whip holders were made, clearly, to hold whips, one could lay a whip or crop across the horns, or coil the whip around them.
Most of the animal subjects are hunted animals, rabbits, foxes, bears, wolves, with the hunted becoming the hunter, dressed in jacket and breeches and carrying a gun.
Human figures were mainly Hunters, Woodsmen or fairytale Dwarves, Gnomes and Elves.
Some whip holders have musical boxes incorporated and can play a variety of tunes when activated by hanging up ones whip. There were 3 main sizes of whip hook made.
The horns that were used for the hooks were that of the Chamois, a goat-antelope species that lives in the Alps, see fig 3. 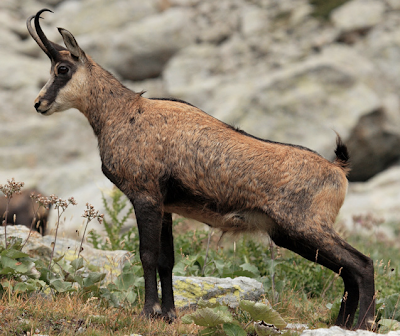 Sometimes, other horns were used and also sometimes the horns were actually carved. The most popular wood used was Linden wood, Walnut, and lesser ones in Pine.
Even though most of the Whip Holders were made in Switzerland, the home to the best Black Forest carvers, some were also made in Germany, France and Austria.

Although some Whip Holders were mass produced, mass produced in Victorian times still meant being made by a team of highly skilled carvers, and each piece would still vary and be unique, despite being made to a particular design that would have been advertised in the manufacturers catalogue at that time.

Whip Hooks/Holders are very rare and collectible now, with the animals dressed as hunters being particularly desirable, although the skill of the carver, the pose and the face are all very key factors.
Labels and signatures on the back of the piece are very desirable as well, see fig 4. 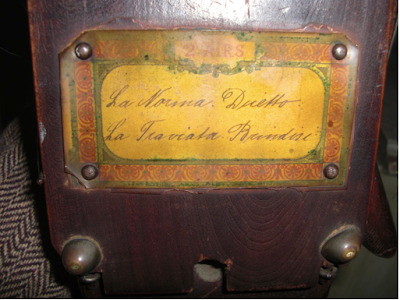 
I bought this lovely piece today.

For many years 'Black Forest' carvings were thought to have been produced in the Bavarian Black Forest, in Germany, but it has now been established beyond all doubt that they were the sole province of the Swiss. The wood carving industry of Switzerland originated in the picturesque town of Brienz. From humble beginnings as a cottage industry in the early 1800s it grew, by the turn of the twentieth century, to become the industrial driving force of a whole community. By 1910 there were some thirteen hundred carvers plying their trade in the locality of Brienz. The carving industry was driven by the tourist industry; Brienz, Luzern, Interlaken and other such picturesque resorts were in vogue with the wealthy Victorians. Bears were particularly popular, being the symbol for the city of Berne, but musical boxes, musical chalets, furniture large and small, all figured in Swiss carving. The variety was immense, ranging from the religious, faithful reproductions of Leonardo da Vinci's "Last Supper" to the amusing and whimsical. Far from being 'mere whimsy' however, Swiss 'Black Forest' carvings were exhibited at the London Great Exhibition of 1851, Chicago 1893, Paris 1900 and at many of the other great international exhibitions of the late nineteenth and early twentieth century. Carved wooden bears, stags, furniture and works of art from the Swiss 'Black Forest' carvers stood alongside such great exhibitors of the time as Tiffany, Galle and Linke. 'Black Forest' carvings were appreciated as truly great works of art at the time of their creation and indeed enjoyed royal patronage. Today there has been a tremendous revival in interest and the best pieces are highly sought after.
From -The Art Of The Black Forest - by Simon Daniels 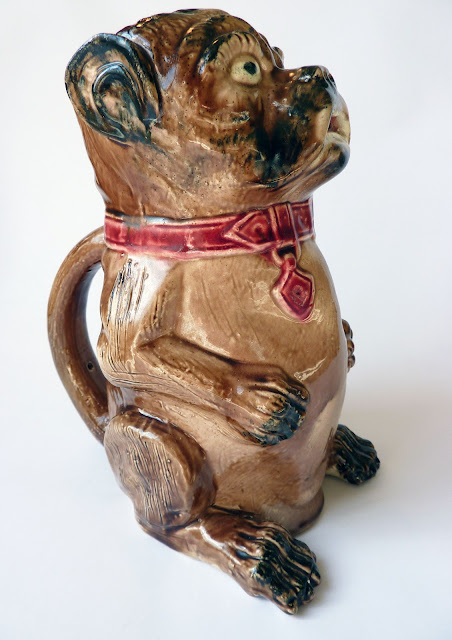